My way or the highway. Okay, or the sidewalk... 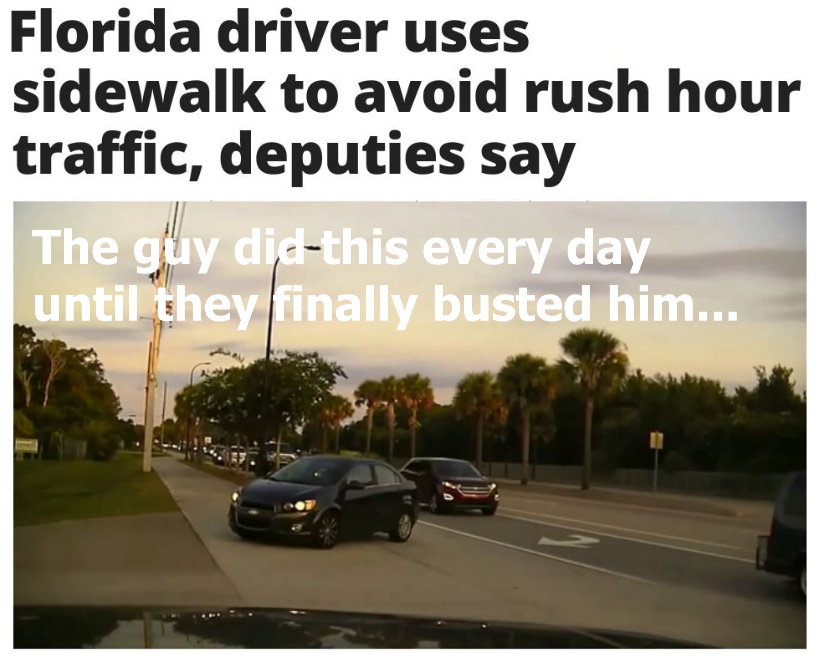 SARASOTA COUNTY, Fla. - A Florida driver who reportedly avoided rush hour traffic on a regular basis by taking the sidewalk was finally caught and ticketed by deputies.
The Sarasota County Sheriff’s Office said a person emailed them dashcam footage showing a Sedan driving down a sidewalk on Tuesday morning, and told officers that this was a regular occurrence on Fruitville Road.
The sheriff’s office said deputies went to the scene on Wednesday and they saw the same dark Sedan pull onto the sidewalk.
The driver, after noticing the police presence, returned to the road, and was issued a citation, the sheriff's office said in a Facebook post.
This video, published by the Sarasota County Sheriff’s Office, first shows the dashcam footage provided by the person who reported the violation, and then the deputy dash cam video showing them pulling over the driver.

"We REALLY shouldn’t have to say this, but you are not supposed to drive a motor vehicle on the sidewalk," the sheriff's office said. "It's illegal and extremely dangerous."
The video is pretty funny. You can see it here:
https://www.clickorlando.com/news/2022/06/25/sarasota-county-deputies-catch-ticket-driver-who-regularly-used-sidewalk-to-avoid-traffic/
...
Do you have a special lady friend who deserves
something nice for no reason at all?
This may be just the thing for her... 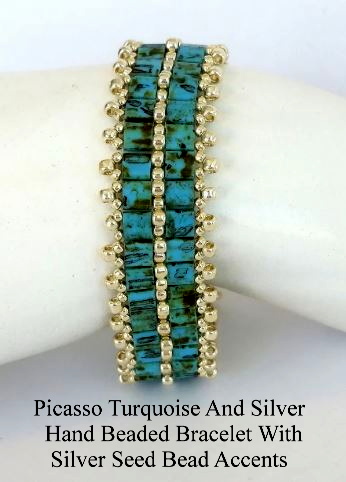 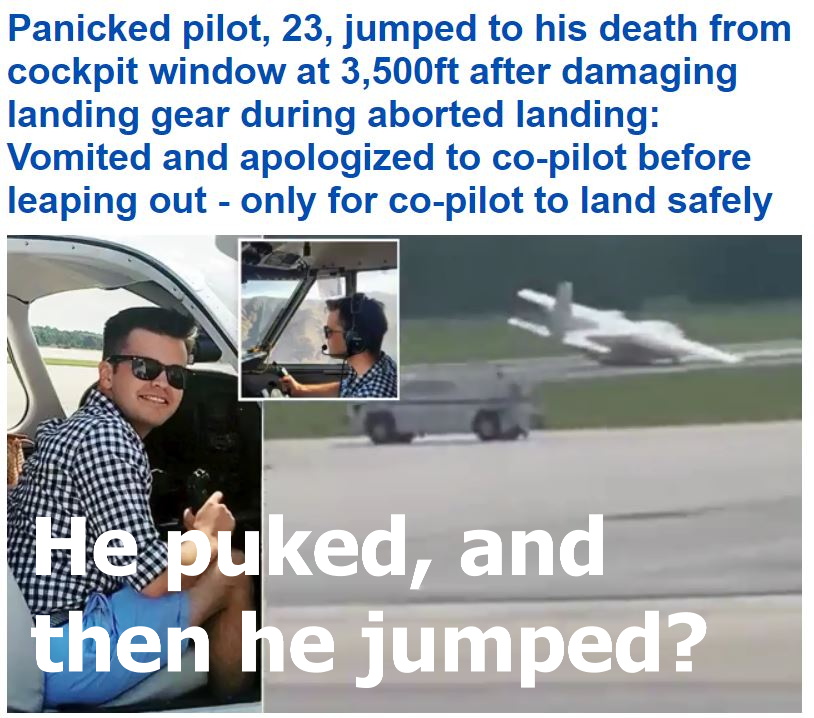