Worried about the future of our country? You would be if you knew these jackasses... 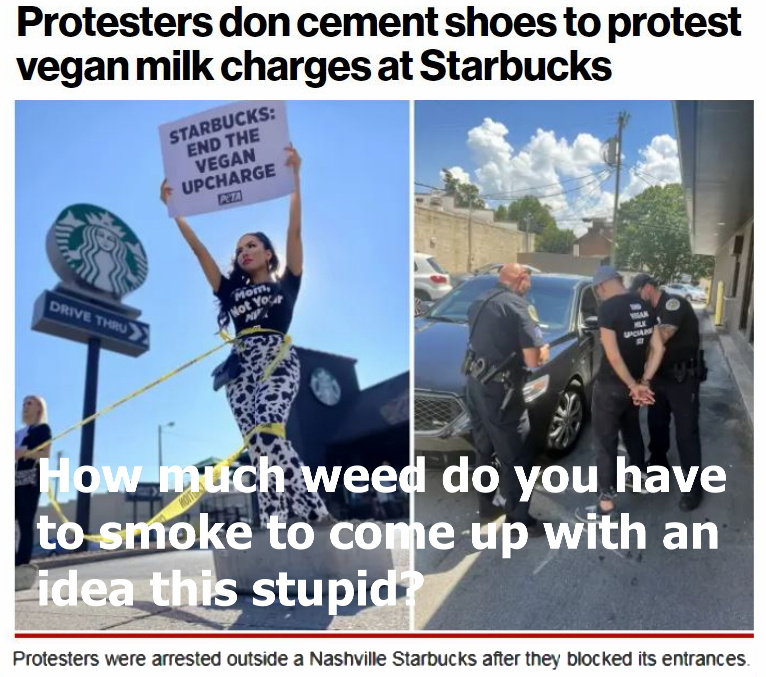 A group of protesters stepped into boots embedded in concrete outside a Nashville Starbucks on Thursday, blocking the shop’s entrances and exits and waving signs to “end the vegan upcharge” on plant-based milks.
The campaign - meant to emphasize that protesters won’t budge from efforts to stop the Seattle-based coffee giant charging extra for non-dairy milk options - kicked off this summer when participants superglued their hands to Starbucks counters in Chicago, New York City and Seattle.
The Nashville protest, in which the participants were arrested, shut down an entire street at West End Avenue, drawing over a dozen police cars. 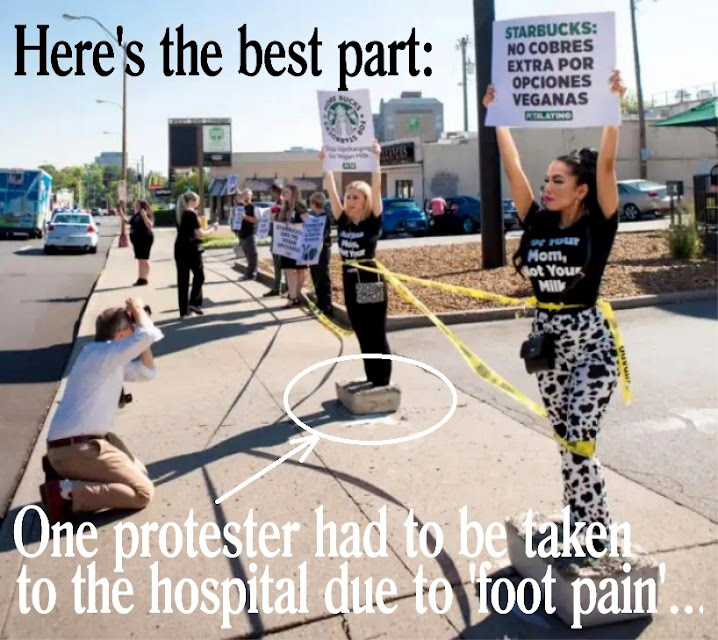 One protester was taken to the hospital due to foot pain from the cement, according to the report. The protesters used rubber boots that they could apparently step out of when the police asked them to leave, but one protester reportedly had to be taken to the hospital for foot pain.
Another - Daniel Bifano of Michigan - refused to leave his block of cement and was arrested and charged with disorderly conduct and criminal trespass, according to the report.
People for the Ethical Treatment of Animals says Sir Paul McCartney has endorsed its tactics and sent letters to Starbucks honchos to “drop the upcharge,” according to a press release.
“My friends at PETA are campaigning for this,” McCartney wrote in the letter, first published on Billboard.com. “I sincerely hope that for the future of the planet and animal welfare you are able to implement this policy.”