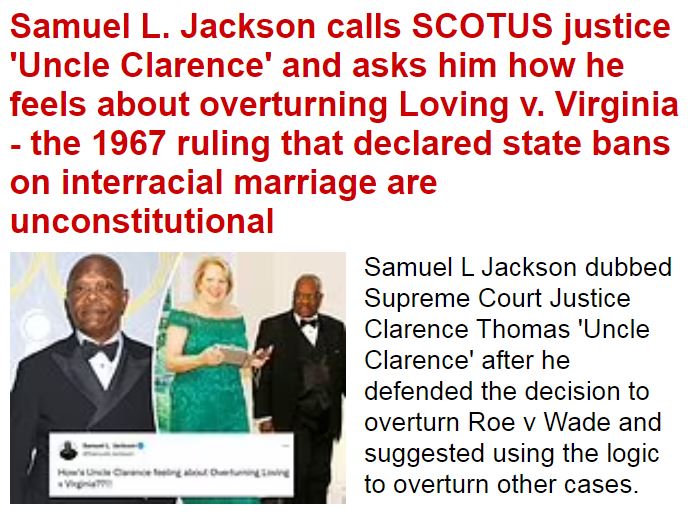 Ya know, as soon as one of these Hollywood elitist jerkoffs opens his or her mouth, my temperature goes up about five degrees. Maybe Shakespeare was right when he said 'All the world may be a stage, but you need to just shut the fuck up...'

'Uncle Clarence' is an apparent reference to the eponymous character of abolitionist Harriet Beecher Stowe's novel, Uncle Tom's Cabin, who was widely seen as compliant and subservient to his white masters.
In his tweet on Saturday, the Marvel Cinematic Universe actor wrote: 'How’s Uncle Clarence feeling about overturning Loving v. Virginia??!!'