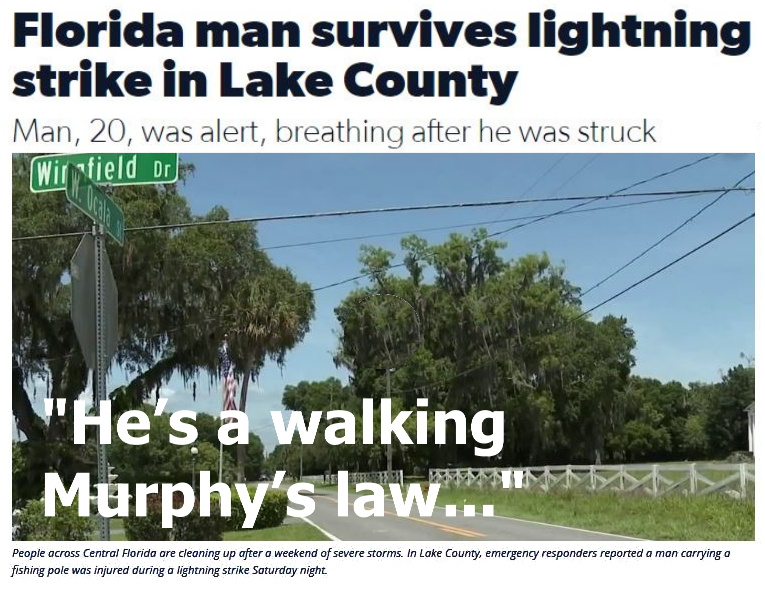 LAKELAND, Fla. - Kyle Cook can’t decide whether he’s really unlucky or incredibly fortunate.
Over the past four years, the 31-year-old Florida man has survived a lightning strike, a bite by a venomous spider and - most recently - an attack by a rattlesnake in his backyard in Lakeland, southwest of Orlando. “I need to get a protective bubble,” Cook said jokingly.
His father, Mike Cook, sees it another way. “He’s a walking Murphy’s law,” the elder Cook said. “I walk on the other side of the mall.”
On Aug. 11, the younger Cook was almost finished cutting the grass at his family’s rented house when he heard a loud rattling sound. First he thought it was the buzzing of cicadas. Then, he thought the push mower might be making the noise so he shut it off. That’s when he saw the snake coiled about 3 feet from his right foot. He estimated it was about 5 feet long and had a girth the size of a soda can.

After briefly freezing in fear, Cook said he moved his left foot back and stepped on a stick. The noise apparently provoked the snake, which struck his ankle.
He says it happened fast. “I didn’t even see it bite me,” Cook said. “I just screamed and ran to my wife.”
His wife, Sara, said she washed the wound and called the poison control hotline. She then drove him to the emergency room at a Lakeland hospital. Cook, a self-professed “bigger guy,” said doctors told him the snake’s fangs didn’t penetrate beyond a layer of fatty tissue.
“They said the tissue saved my life because it didn’t allow (the venom) to go into the bloodstream,” he said. He said he spent one night in the hospital and received one dose of antivenin. He’s still experiencing soreness and walks with a slight limp.
Reactions to snakebites can vary wildly, according to Dr. Alfred Aleguas, director of the Florida Poison Information Center in Tampa. He said an average of 11 venomous snakebites have been reported to the center in the past five years, including a high of 17 in 2013.
But back to Cook’s other tales of survival. On Aug. 12, 2012, he was driving a sweeper truck for a construction crew. A storm approached, and the truck’s sweeper got stuck. He left the cab to free it as lightning struck about 10 feet away. Cook said the electricity moved through a puddle, up the sweeper’s metal bristles and reached his left hand. He said he was knocked backward about 6 feet and rendered unconscious for up to a minute. “It was like Mike Tyson hitting me with a jack hammer in the jaw,” he recalled. Doctors said he had a mild heart attack. He said he still suffers a combination of nerve pain and loss of sensation on his left side. “Lightning scares me so bad now,” he said.

The spider bite happened in April, when he was working as a truck driver. He was sitting on a pallet when a recluse spider bit his left hand.
Not wanting to miss a paycheck, he kept working until his hand swelled and became extremely painful. He went to the hospital and doctors performed surgery to drain the buildup of toxins.
He still has limited use of his hand, and is unemployed because the company fired him due to his absences.

That's why these suckers are so hard to see...

Even before the latest incidents, Cook said he’s had many misadventures. He once got bitten by an alligator that he “accidentally” caught while fishing. And he was bitten by his friend’s Burmese python, which he was trying to feed. “It’s been a rough four years,” he said. “Maybe the higher up ... is trying to get your attention that maybe something is going wrong. Or maybe I’ve simply been in the wrong place at the wrong time my whole life.” 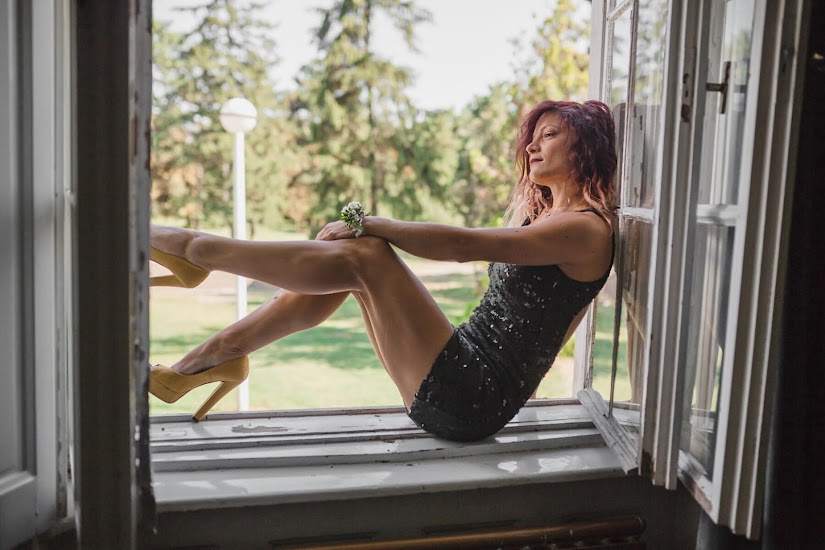