Want a guaranteed getaway from the cops? Don't throw the snake... 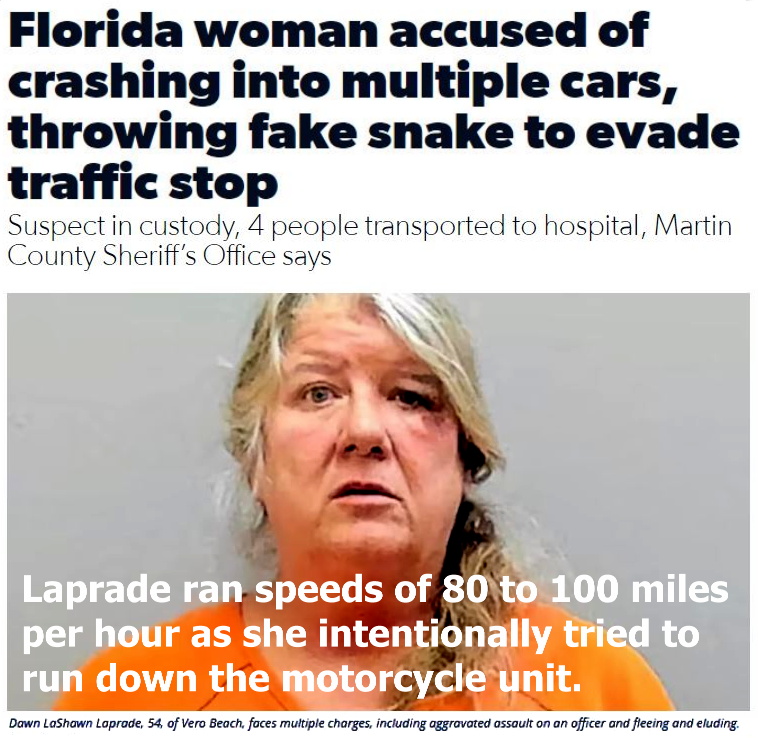 After intentionally trying to run down a motorcycle unit, causing a crash, and throwing rubber snakes, a Florida woman who led deputies on a crazy pursuit was arrested.
On Thursday, Dawn LaShawn Laprade, 54, of Vero Beach, also caused damage to two other patrol cars before causing a rollover crash of an oncoming vehicle.
Deputies say that Laprade ran speeds of 80 to 100 miles per hour as she intentionally tried to run down the motorcycle unit. The Martin County Sheriff’s Deputy on the motorcycle was able to jump off of the bike before being struck.
Leprade then sped off. She was located by two other road units heading into Indiantown, Florida.
While driving, she motioned to the deputies that she had a gun, and drove erratically, trying to cause them to crash. She then smashed into a patrol car, according to deputies. Laprade continued on, causing a pickup truck rollover crash with three people inside. 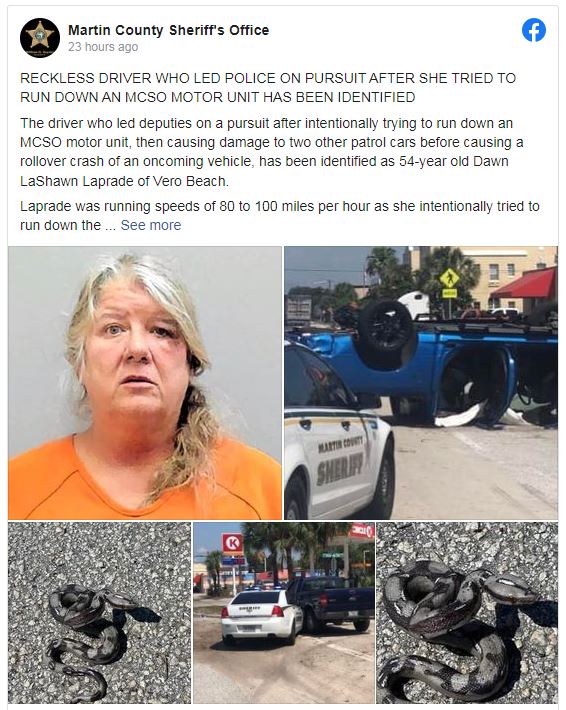 Deputies were able to get her stopped. When they approached the vehicle to arrest her, she threw a snake at the deputy, causing him to deploy his taser. She was taken into custody.
Afterward, a deputy located that snake and found it to be rubber. The three motorists in the truck were transported to the hospital with non-life-threatening injuries. Deputies were not injured.
Dawn Laprade was charged with four counts of aggravated assault on a police officer and fleeing and eluding. Her bond is $90,000, and additional charges are possible.
...
Do you have a special occasion of some kind like
a birthday, an anniversary or some other
event worth celebrating coming up?
This is just one example of the jewelry my wife makes. 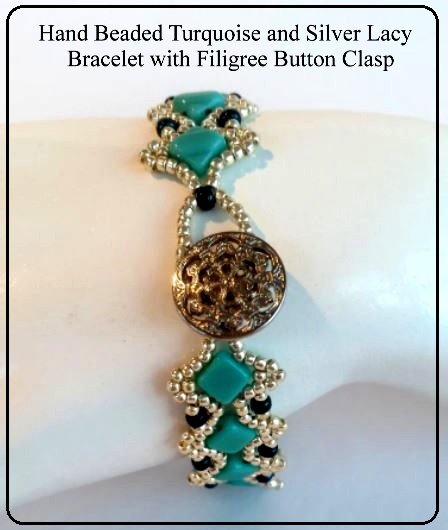 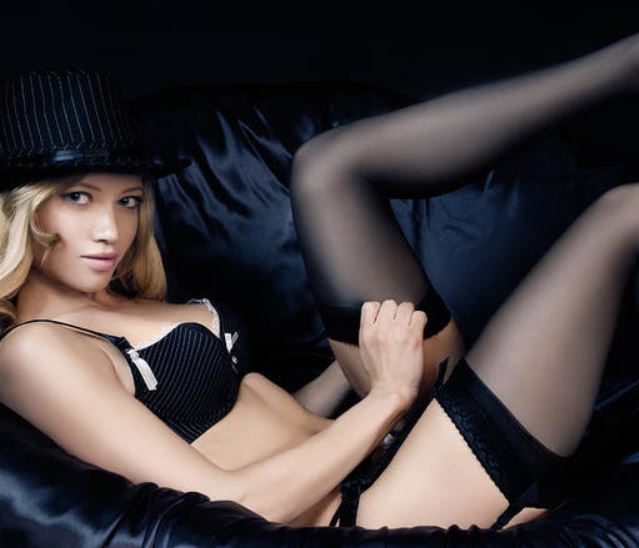