Even the Russkies agree with me on this... 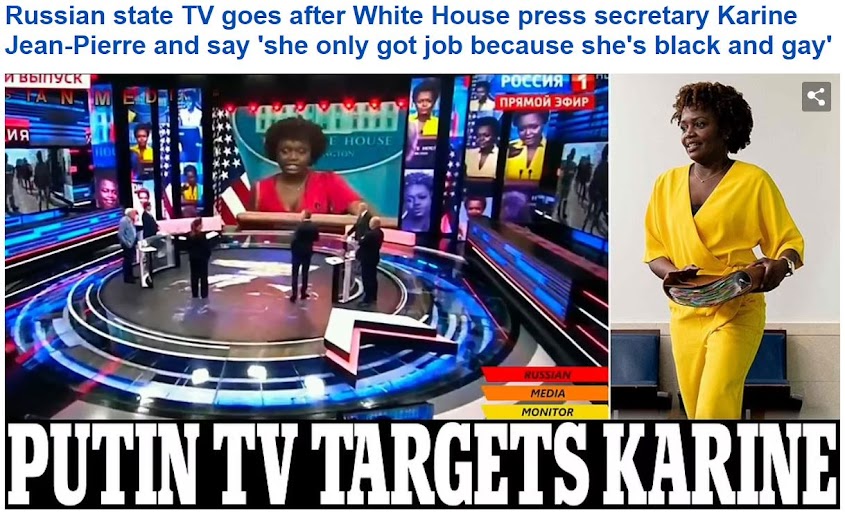 Vladimir Putin's state TV propagandists have targeted the new White House press secretary Karine Jean-Pierre in a rant where they suggested she only got the job because she is black and gay.
The Russian state TV hosts laughed as they said Jean-Pierre will be 'replaced' in a month or two by a 'white, heterosexual male'. They claimed Jean-Pierre, who is the first black, gay and immigrant woman to hold the position of White House press secretary, was not chosen for her 'professional abilities'.
Instead, the TV hosts continued with a racist and sexist rant on the state-owned Russian television channel Russia 1 where they said that she only got the job because she is a 'dark-skinned immigrant'.
Jean-Pierre, 47, on Monday became the first black, openly gay White House press secretary. She was born in Fort-de-France, Martinique and is the daughter of Haitian parents. Her family moved to New York City when she was five.

Addressing her historic position in her first press briefing on Monday, Jean-Pierre said: 'I am obviously acutely aware that my presence at this podium represents a few firsts.
'I am a black gay immigrant woman, the first of all three of those to hold this position. I would not be here today if it were not for generations of barrier-breaking people before me. I stand on their shoulders.'
The Russian state TV hosts used footage of Jean-Pierre at her first press conference to mock her. 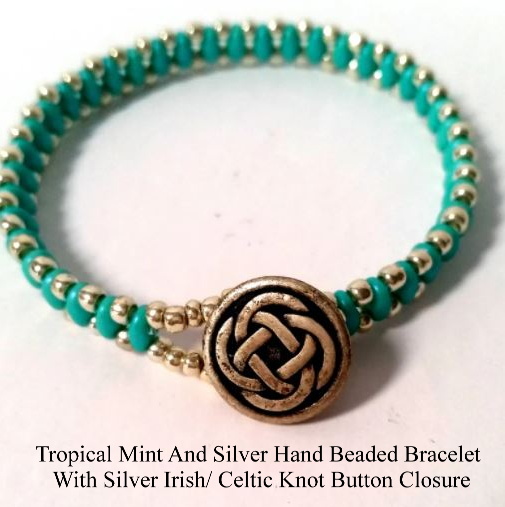 Click on the picture above for information on this item.
There's a lot more different items of her jewelry available on Etsy.
Take a look at the one-of-a-kind jewelry my wife creates for women.
You can find something nice for your Mom, your wife, your daughter or your girlfriend right here:
https://www.etsy.com/shop/BjacksonJewelry
... 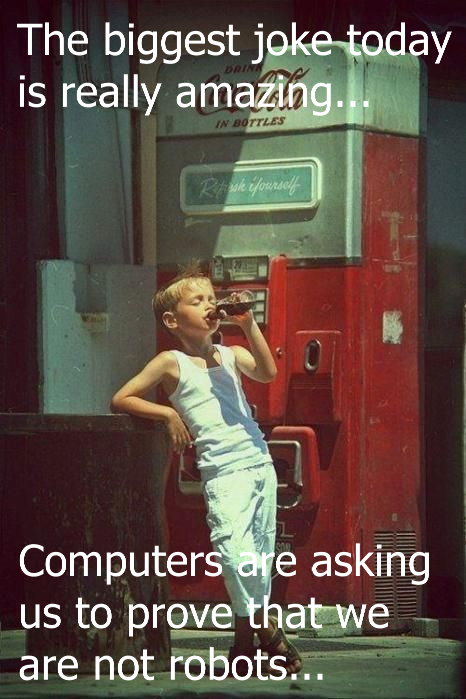