Because you just can't make up these 'Florida Man' stories... 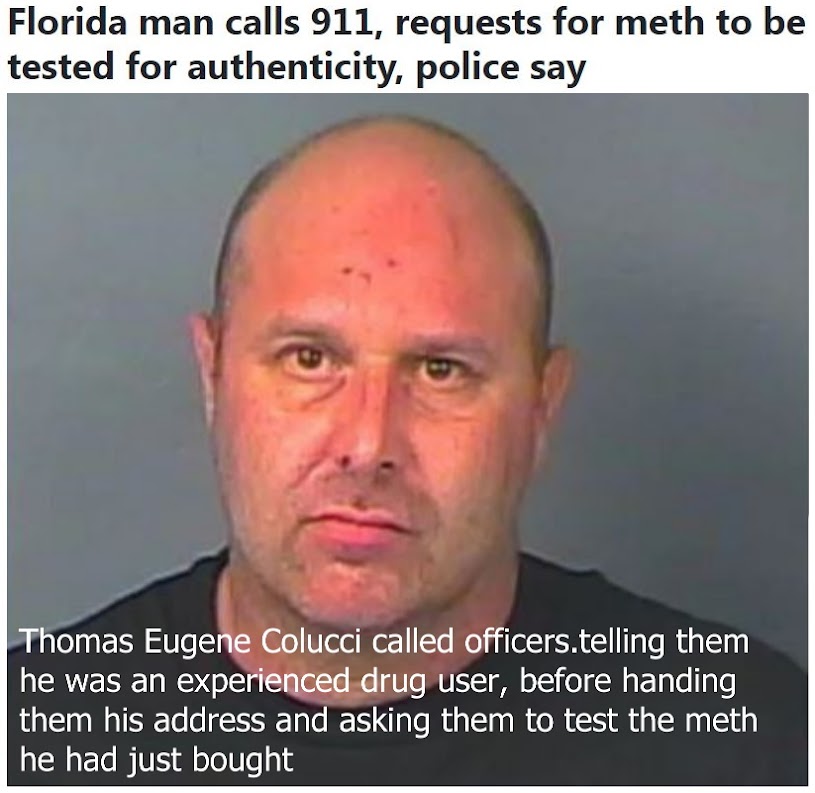 A Florida man called cops to come and test his meth after fearing he had been duped into buying bath salts - only for officers to charge him for possession when they found it was authentic.
The Hernando County Sheriff’s Office got a call on Friday at around 7pm from Thomas Eugene Colucci in Mariner Boulevard, Spring Hill, who told deputies he had recently purchased methamphetamine from a man he met in a bar.

Colucci told officers over the phone he was an experienced drug user, saying he 'knew what it should feel like' -  having tried some and thinking it was actually bath salts - before handing them his address and asking them to come over.
When the officers arrived, Colucci produced two small baggies, each containing a white crystal-like substance, and handed them over to the deputy. The deputy tested it and found that it was, in fact, meth. The cops then arrested him for possession of the drug along with two counts of drug paraphernalia, with a bond set at $7,000.
'If you, or someone you know, have doubts about the authenticity of any illegal narcotics you have on-hand or have obtained from another person, the Hernando County Sheriff’s Office is pleased to provide this service, FREE of charge,' the Sheriff’s Office said on Friday.

Before the arrest, Colucci told officers he wanted his methamphetamine tested, as he did not want other people to purchase 'fake' meth from the same drug dealer.
'Evidently, the substance Colucci had recently purchased did not provide the expected sensation, hence the call to 9-1-1,' said the Sheriff’s Office. Colucci wanted deputies to 'put the person in trouble' for selling dangerous drugs, but he was unable to provide a name or any contact info for the person who sold them to him. After being placed under arrest, Colucci told the deputies he was having some chest pains, said officers.
Deputies then drove him to a local hospital, where he was medically cleared by a physician. After the short detour, police turned then turned to the Hernando County Detention Center, and charged the Florida man.
Users commenting under the Hernando County Sheriff’s online post shared their own similar experiences.

'I worked in a hospital lab, a guy came in and asked us to test the contents he just purchased in the baggie he was carrying,' said one person.
'I referred him to the PD's forensic lab. It happens.'
Another commenter said: 'I was a 911 dispatcher for 5.5 years, and had people call in reporting their drugs were used by a friend, their drugs were fake, their drugs were stolen, their hooker didn't provide the right "services" or tried to over charge them, etc. 'People under the influence don't make the smartest choices.'
...

...
Remember, guys - Mother's Day is very important to them,
and it's next Sunday. If you order before next Tuesday,
you'll get your gift in time... 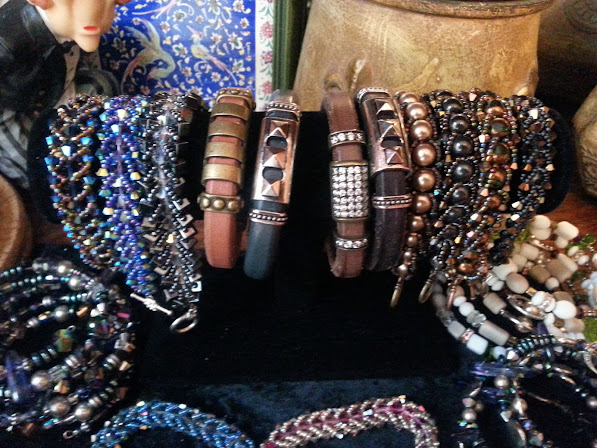 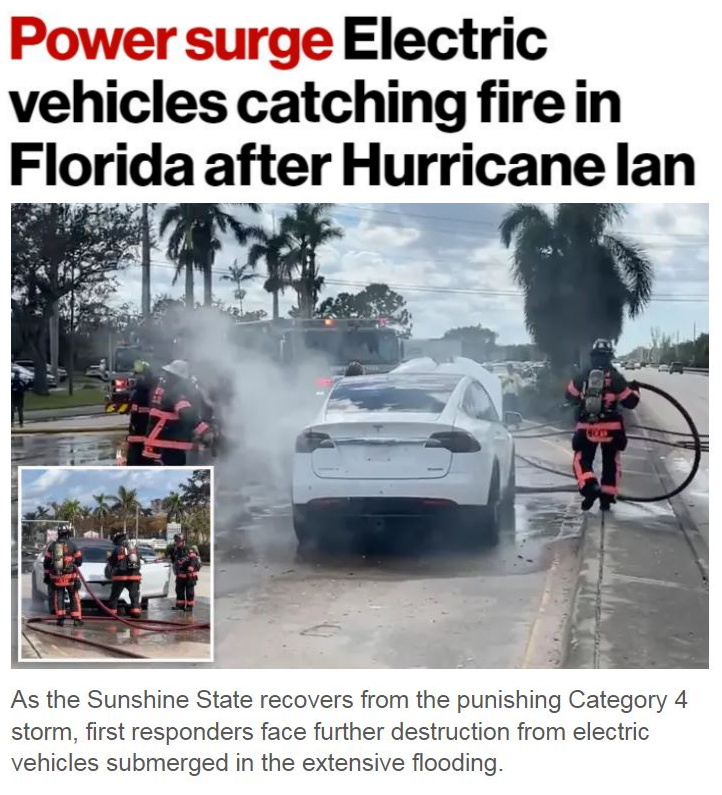