When John was pissed off at Sir Paul, he let him know... 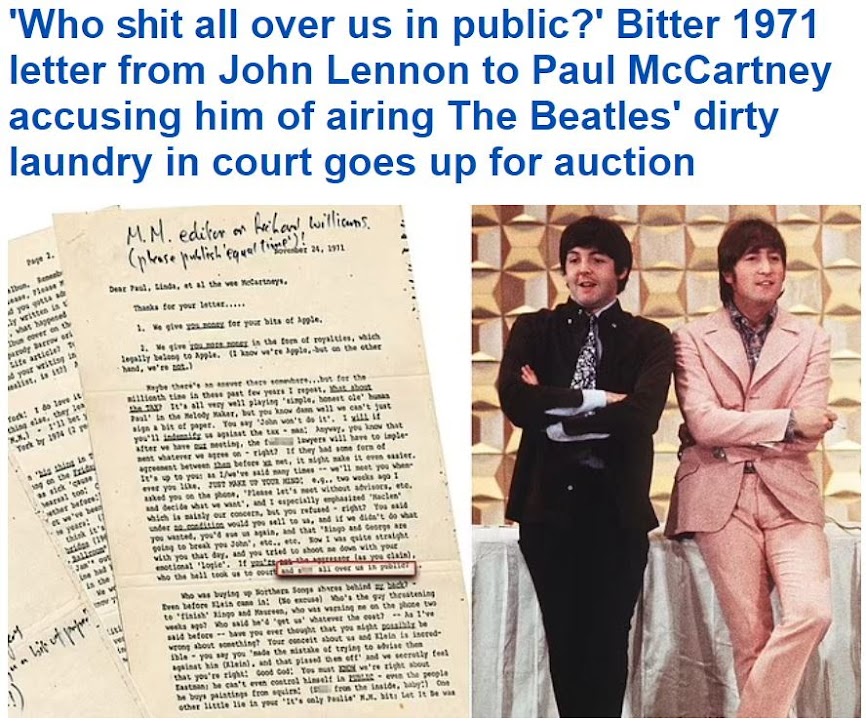 A letter from John Lennon to Sir Paul McCartney is going up for auction and it is expected that some jerkoff with too much money somewhere will bid up to $30,000 for it. Can you imagine having so much money you could piss away that much on something as ridiculously trivial as this?
The late Beatles legend sent a 'furious' typewritten letter to his bandbuddy in response to an interview Paul did in the now-defunct music magazine Melody Maker in November 1971, in which he complained about the financial matters regarding the band's split.  And the 50+ year old letter gives a little insight into the pair's deteriorating relationship following the Beatles' break-up over a year previously, with John - who was shot and killed at age 40 in 1980 - ranting that Paul 'shit all over us in public'.

What a fuckin' crybaby. That kinda crazy shit certainly explains him hanging out with that friggin' whack-job Ohno It's Yoko.
I wonder if her tits have hit the floor yet...
- August 05, 2022

Would that I could wake up to this... 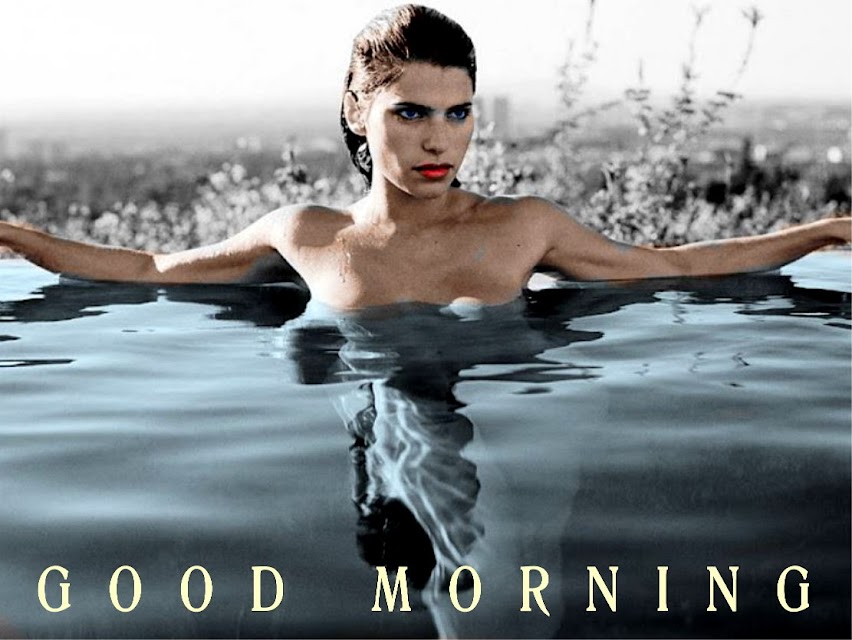