I got even money Donald Trump did it. Anyone wanna bet me? 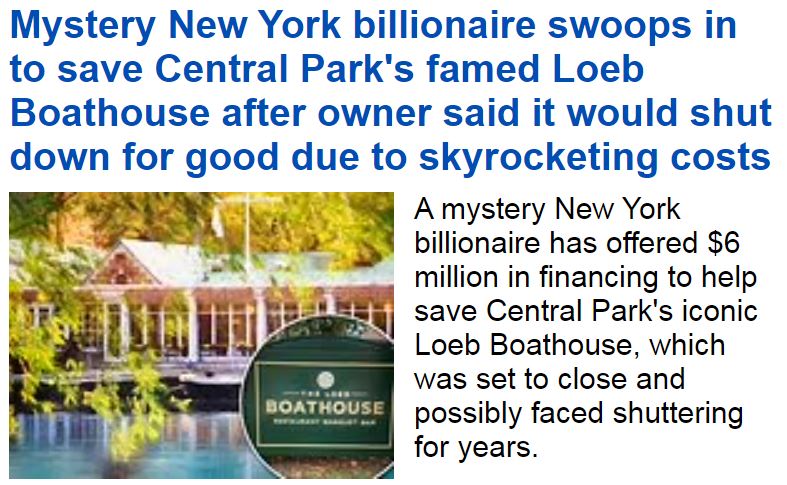 A mystery New York billionaire has offered to save Central Park's famous Loeb Boathouse after operator Dean Poll said he would shutter the landmark due to rising costs.
The billionaire has offered $6 million in financing to help save the iconic restaurant, which was due to close its doors on October 17 because of inflating food prices and labor costs.
Poll had indicated he would close the restaurant after failing to negotiate with Local 6, the union that the restaurant's employees are a part of after the union was unwilling to tolerate job cuts. Now, the investment means Poll can continue on as the operator of the restaurant, while the 163 union employees currently working there may not need to be laid off. 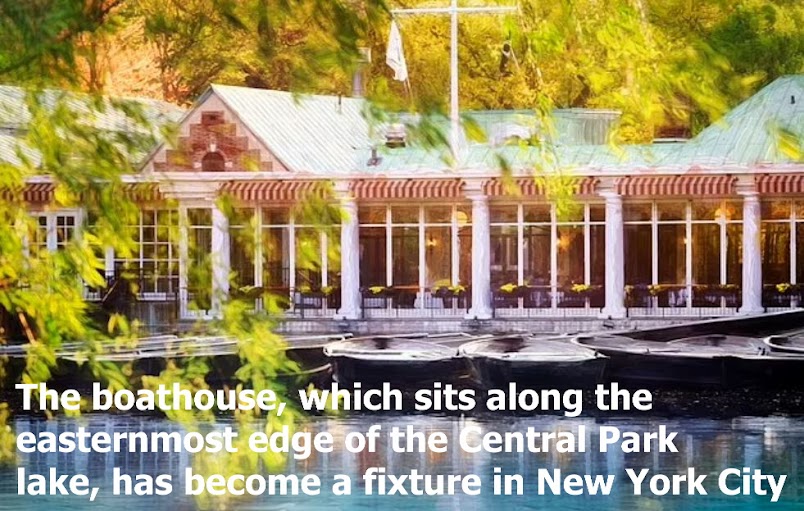 The as-yet unnamed billionaire's proposed lifeline will also help with renovations to Loeb Boathouse, reportedly including a new roof. Before the angel investor swooped in, New York City's Parks Department was planning to auction off the restaurant in a complex, often months-long licensing process.
While the Parks Department indicated they would try to expedite the process, it may have left Loeb Boathouse empty for years until an agreement was reached, but the investment appears to ensure there will be no need. Poll spent around $2.9 million in 2018 to renovate the building and had a 15-year concession agreement with the Parks Department.
During the pandemic, the Loeb Boathouse struggled due to a lack of tourism and big groups allowed in the restaurant. Poll decided to temporarily close the restaurant in October 2020; it was eventually reopened in March 2021.
Was the Donald the Savior? Wait and see...
...
- August 17, 2022