Another day, another scam... 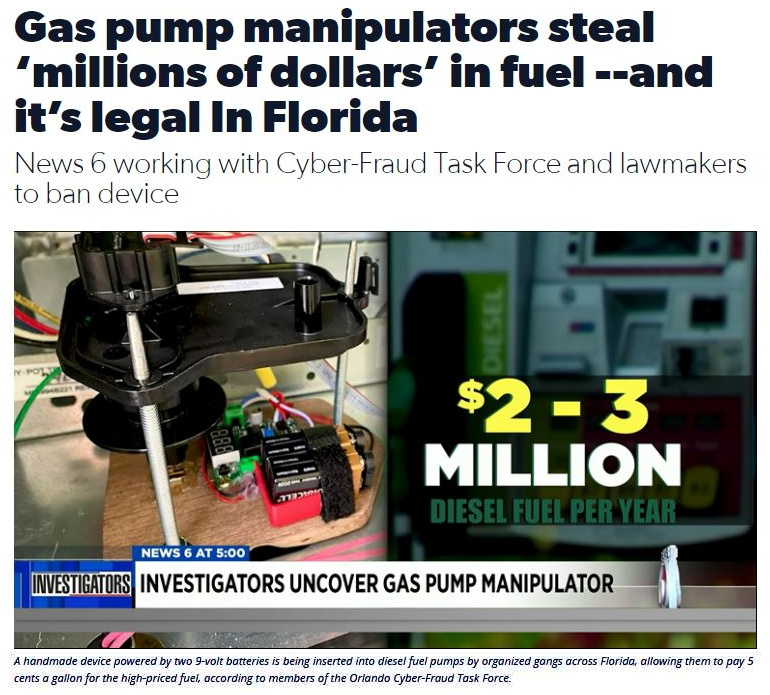 ORLANDO, Fla. – A handmade device powered by two 9-volt batteries is being inserted into diesel fuel pumps by organized gangs across Florida, allowing them to pay 5 cents a gallon for the high-priced fuel, according to members of the Orlando Cyber-Fraud Task Force.
Senior Special Agent Roger Fuentes of the Orlando Secret Service told News 6 the device is currently legal and appears to be designed by someone very familiar with the pulser, the sensor that measures gallons to dollars spent at the pump. “It tells me whoever designed this knew how a gas pump operates,” Fuentes said. “It’s not illegal, there’s no law on the books that says the device is contraband.”
Investigators say the manipulation device was first uncovered in Orlando and Tampa last June and many lawmakers are not aware of it.
So far more than 50 cases involving use of the device have been reviewed by state and federal investigators.
Florida State CFO Jimmy Patronis said he is concerned about the impact on the independent trucking industry and Florida consumers. “All that does is make fuel expensive for everybody else,” Patronis said, “Not only would I support banning it (the device), but even if you’re caught using it making sure there is a multiple degree felony attached to it.”
The “manipulator” fools the pulser, allowing thieves to pay pennies on the dollar for diesel fuel and then sell it on the black market at deep discount prices.
Just one device can steal an estimated $2 to $3 million in diesel fuel in just one year, according to Fuentes. 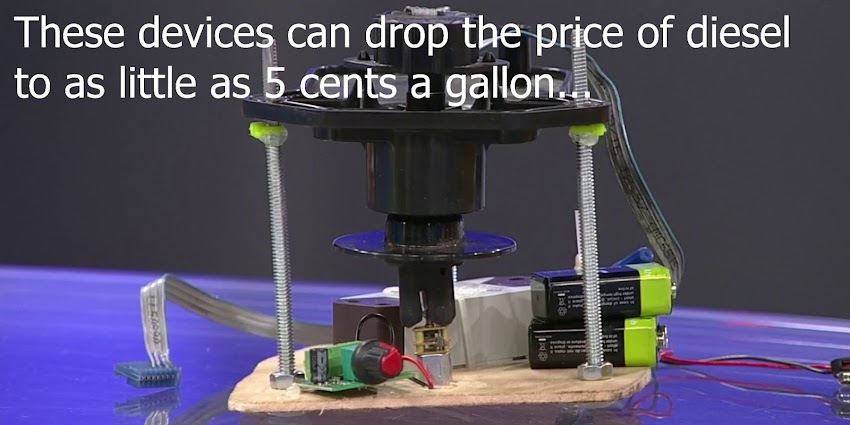 Investigators told News 6 Orlando that gas station video surveillance shows thieves inserting the device, which is roughly 5 inches high and 5 inches wide, into a gas pump in less than a minute. It is believed they have keys that allow them to access the pumps or in some cases, they pry the pumps open.
News 6 arranged a meeting with task force members and State Sen. Linda Stewart, D-Orlando, so that the veteran lawmaker could see firsthand how the device operates. A spokesperson for Stewart said she is considering possible legislation once specific language is developed by the Office of Agriculture Law Enforcement, the office that regulates gas pumps in the state.
So far state and federal investigators in Orlando and Jacksonville have recovered about 10 devices and it appears they are being mass-produced.
Some content courtesy of https://www.clickorlando.com/